Unlike sinus cancer, nasal polyps (sometimes called "sinus polyps" or "sinus cysts") are not dangerous. These spongy, jelly-like polyps are benign growths found on the inner lining of the nasal cavity. 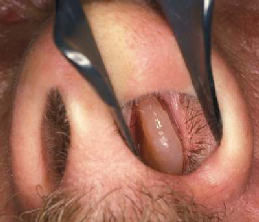 Sinus polyps are pink, yellowish or gray teardrop-shaped growths of swollen tissue that appear on the mucous membrane covering the surface of nasal passages and sinuses.

Small sinus polyps located in the nasal passage or sinuses usually cause no problems.

On the other hand, large growths and/or prolific clusters can restrict breathing through one or both nostrils and also slow down or prevent sinus drainage altogether by inactivating the cilia lining the mucus membrane.

There are Two Types


Depending on their size and location, these  growths may go from barely noticeable to extremely unpleasant.

Polyps range in size from tiny to about the size of a small seedless grape.

How the Mucous Membrane Works 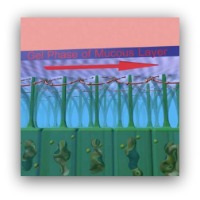 As mentioned above, the nasal passages and sinuses are lined with a mucous membrane. This membrane contains millions of tiny blood vessels and minute hair-like growths called ‘cilia’.

Mother Nature demonstrated an incredible piece of biotechnology when she designed the mucous membrane. This mechanism performs three invaluable and breathtakingly elegant roles.

This automatic flushing action works like a dream -- that is until unwelcome polyps disrupt the air flow and force you to breathe through the mouth.

The precise biological action that initiates the growth of nasal polyps is largely unknown. However, there are clues; studies show that initial growth is triggered by a number of factors:

There is ongoing research being conducted into the causes, treatment and prevention of these troublesome growths.

Back to Home Remedy Site home page, from Nasal Polyps